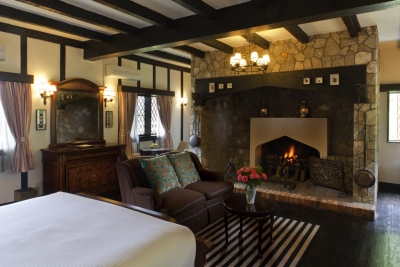 In 1885, much of Malaysia lay undiscovered. British researcher Sir William Cameron was commissioned by the British Council to map certain areas and,after many months, found himself tracking the River Kinta to its source. Upon arrival at the top of the Gunung Chabang, a camp site was established and work commenced on mapping the surroundings. A number of plateaus with heights ranging from 1,340 – 1800 meters above sea level were discovered. Soon after, Cameron died, and the maps were lost. After forty years, a new expedition under Sir George Maxwell commenced, their main objective rediscovering Cameron’s legendary plateaus. As a tribute to the first explorer, Sir William Cameron, the area was named after him. Retired British Colonel Stanley J. Foster started construction on The Lakehouse in 1966, taking 4 years to complete. It had always been a dream of Foster’s to have his own Bed & Breakfast. In 1970, the property started its operations. Colonel Foster resided in the now named Fosters Suite at the Hilltop house which was his private residence overlooking the Main building. Today, The Lakehouse still retains its colonial charm, a jewel high atop the Cameron Highlands, towering above the majestic and historic area. 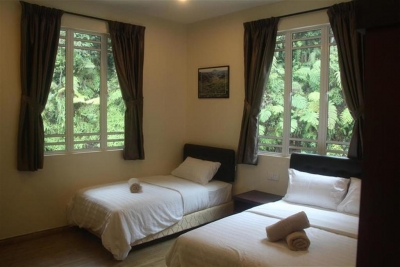 Surrounded by lush greenery, Arundina Cameron Highlands is a 3-minute walk to the town centre of Tanah Rata. This guesthouse is only a 5-minute drive from well-known strawberry farms. Free Wi-Fi access is available in all the hotel rooms.The modern rooms are well-appointed and bright. Each room is fitted with hardwood floors, wardrobe and work desk. There is also an en suite bathroom with hot-water showers.Guests can enjoy a cup of tea by the terrace or take a stroll along the garden. There is also a common pantry area equipped with a microwave, fridge and all day hot water, coffee and tea.Arundina Cameron Highlands is a 6-minute drive from lush tea plantations and the night market in Brinchang. Free parking facilities are offered to those who drive. This property also has one of the top-rated locations in Tanah Rata! Guests are happier about it compared to other properties in the area. 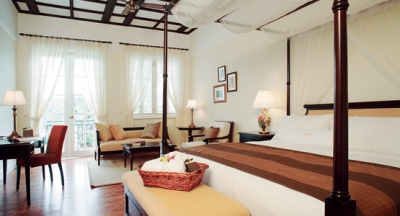 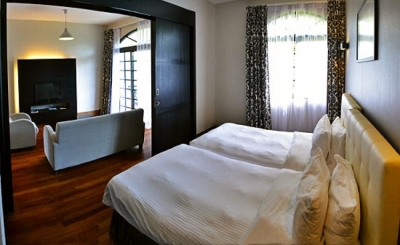 Strawberry Park Resort is a boutique hotel tucked away in the countryside of Tanah Rata, hidden among the hills and rainforest about 3km away from town. The hotel offers luxury accommodation furnished in contemporary style comprising studio, deluxe and family suites. All rooms feature an exceptionally spacious environment with satellite television, wifi Internet access, plush beds, attached bathroom and private balcony. Facilities at the resort include restaurants, meeting rooms, sports courts, boutique spa, sauna and indoor swimming pool. A lovely setting to enjoy tranquility and nature, the hotel is accessible by a slip road from near the golf course - follow the signboards along the main road. 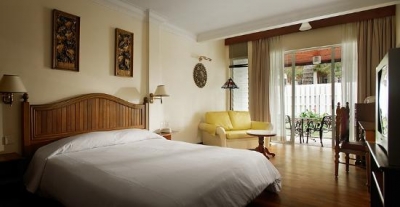 Cooling breeze that is complimented with a strong sensation of tranquility and calm is where Century Pines Resort Cameron Highlands is. A peaceful adventure that is great to shelter your weary soul! Sitting elegantly in the land of Tanah Rata, the largest town in Cameron Highlands and 2km before Brinchang, our resort is just 4 minutes walk away from Tanah Rata Bus Station. Featuring only 153 rooms, hotel guest is able to choose from Superior, Superior with Garden, Deluxe, Deluxe with Garden, and Duplex Suite. Each setting of the room will bring a different sensation, hence allowing you to be excited each time you choose to return to our resort. Plus, the elegant yet modern ambience that is furnished with tinkles of culture can be seen in each guest rooms.