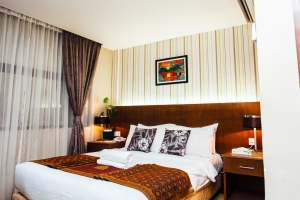 Hotel Darulmakmur has modern rooms with free Wi-Fi and offers easy access to Malaysia’s East Coast Highway. It offers free parking, a 24-hour reception and 2 in-house dining options.Taman Berlian is a 5-minute drive from the hotel. It takes 50 minutes by car to reach Temerloh, a town in central Pahang. Bentong is a 1.5-hour drive away while Kuantan is a 2-hour drive from Hotel Darulmakmur.Carpeted and equipped with dark wood furnishings, the air-conditioned rooms have a flat-screen satellite TV, minibar and electric kettle. Private bathroom includes a shower, hairdryer and bathrobe.Guests have access to luggage storage facilities and a business centre. Laundry and room service is also available.Seri Makmur Coffee House serves Asian and Western cuisine. Tepian Darul Makmur Café specialises in Steamboat (hot pot) meals. 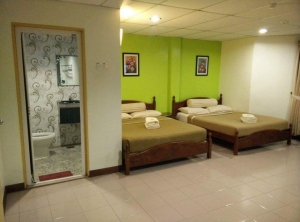 Jerantut Hill Resort is a beautiful and spacious 3-star hotel wholly owned by Perdana Restu Sdn.Bhd. It is situated on high ground; allows you to relax in breezy, quiet and peaceful atmosphere amidst lush greenery. You can enjoy the panoramic view of the surroundings including Jerantut Town. The Resort is conveniently located 1.5km away from the main town of Jerantut, just minutes away from the Taxi & Bus Station .Beyond the comfort of the bed, the beauty of the flowers, or the serenity of the environment, it’s the people of Jerantut Hill resort who make each experience so remarkable.
Read more... 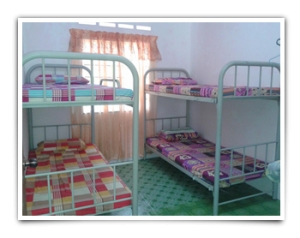 Accommodations in Taman Negara Sungai Relau are limited. Rooms are available at two (2) sites; in Merapoh and Sungai Relau basecamp. Currently, Sungai Relau Accommodation is under refurbishment works and not available for booking. At the mean time, there are a few accommodations offered by local people in Merapoh. Fan hostel, guesthouse and homestay  are  among the best choice for you to consider. Booking in advance is necessary to secure your room. 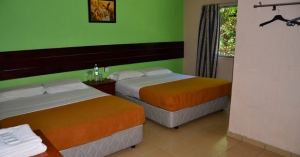 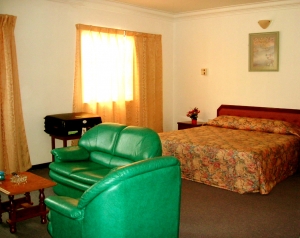 Lipis Plaza Hotel was established in 1995; formerly known as Lipis Inn. The Hotel is ideally situated along the main road leading into the Kuala Lipis town centre; which is about 10 minutes walk from the hotel. Lipis Plaza Hotel provides comfortable accommodation and a 2 star rated hotel atmosphere; which consist of 51 rooms in total, a restaurant; local food, and banquet hall that are ideal for holding corporate and private functions. Kuala Lipis is one of the most natural and historical town. Lipis Plaza Hotel is ideally situated for a visit to both the town and the surrounding area. The British built ‘ Administration Building ’ is located in front of the Hotel and former ‘Residen House’ is situated at the back of the Hotel. Kuala Lipis is a town best discovered on foot and guests find our location ideal for exploring the sights. Lipis Plaza Hotel is located within walking distance to the railway and bus stations. Walking along the main road to the town, the journey is a pleasant walk with a nice ‘ Hindu Temple ’ along the road. The hotel provides local tours to The Kenong Park and Taman Negara (National Park). Beside that the hotel also provides the river rafting on rapid and jungle trekking. 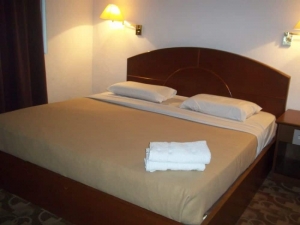 D'Valley Hotel is fully owned of Bumiputra and has been operated for two years. It's located in the middle town of Kuala Lipis, Pahang. D'Valley Manager is Pn. Nurul Shahada binti Shahimi. D'Valley Hotel has 48 rooms which is 2 Deluxe Superior, 2 Deluxe Suite, 22 Deluxe King and 22 Deluxe Twin. The lowest room rates here is RM 88.00 (Inclusive Breakfast) for Deluxe Twin room. We also have convention hall for any events like seminars, courses & meetings, company dinner, family day, wedding ceremony and etc. This hall can accommodate 400 to 700 people for each time/event. Designed with warmth and comfort to serve as a temporary home for travellers, businessmen and tourists. It is tasetfully furnished to provide you with the right ambience to relax in. Unwind in any of the 91 rooms, ranging from 3-room apartments, executive suites to deluxe and superior rooms. All rooms are comfortably furnished and well-equipped with private bathroom, individual air-conditioning, WiFi Broadband, 20” television and telephone systems. 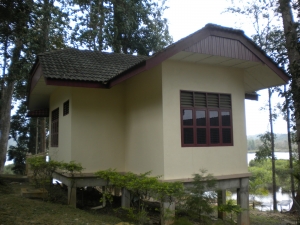 Established in 1998, Lake Bera Resort is the only resort situated at Tasek Bera, the biggest natural freshwater lake system in Malaysia. Formerly known as Persona Lake Resort or Tasek Bera Resort, it offers a wide range of activities and accommodation. Lake Bera Resort offers only 12 rooms. 1 unit of chalet, 4 twin sharing rooms and 7 triple sharing rooms, all attached with bathroom and air-conditioned.  A restaurant serving Malay and Western food, a camping ground, nature trail and jogging trek are among other facilities. Why stay at Hotel Sri Bera? 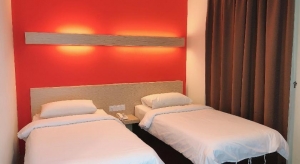 Tras Mutiara Hotel Bentong is ideally and strategically located at the Mutiara Gemilang Commercial Centre along the road from Bentong to Raub (next to Old Town White Coffee Bentong). The hotel offers 44 guest rooms, a conference room and a meeting room. Within the hotel vicinity are various food outlets, a 24 hours self service laundry, convenience stores and entertainment outlets. Within 5 to 15 minutes drive of the hotel are attractions such as the popular Chamang Waterfall and a parkland layout golf course (Kelab Golf Bentong). The hotel is approximately 1.5 kilometres from Bentong town. Tras Mutiara Hotel Bentong offers you a safe and clean room for your stay here. The hotel caters for both leisure and business travellers alike. HOTEL KRISTAL BENTONG is strategically located in the heart of Bentong town, with KFC outlet, emporiums, karaokes and food stall nearby. The hotel has 46 luxurious rooms. All the rooms provide basic facilities like individually controlled air-conditioning, telephone, TV, Astro Channels, free WIFI and mini bar. Conference Room has a capacity of 30 person. An ideal place for seminar and other functions. 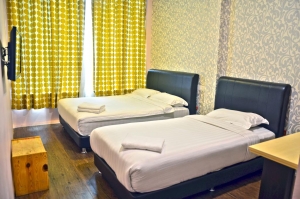 EV World Hotel Bentong is housed in a modern building featuring free WiFi access and well-appointed rooms. The hotel provides free parking facilities for guests who arrive by car. Guests can enjoy a complimentary free-flow coffee and tea and light breakfast. A variety of Malaysian-style delicacies can also be enjoyed at the on-site restaurant. Fitted with parquet flooring, air-conditioned rooms come equipped with a cable TV, a wardrobe and a work desk. The attached bathrooms include a bathtub or shower facilities.At EV World,security comes in the form of a 24-hour CCTV coverage, as well as all guests' insurance coverage (terms and conditions apply). You will also find bilingual staff available 24 hours a day at the front desk to assist with services such as luggage storage and other enquiries. Meeting and banquet facilities are offered at a surcharge.Bentong Walk, Dataran Bentong and General Hospital Bentong are all within a 700 m walk from the property. Guests can choose to visit the famed Bentong Hot Springs and Chamang Waterfalls, just a 25-minute drive from the property. The accommodation is 89 km away from Kuala Lumpur International Airport. Located in Janda Baik, Pahang, ēRYAbySURIA Janda Baik is a fascinating destination for an exclusive resort accommodation experience. Surrounded by enchanting view of fauna such as a magical waterfall and cooling streams, the residence definitely caresses the heart of nature enthusiasts and those who wish to take a break from the bustle of city life. The hot spring in Bentong Pahang that is located about an hour drive from Kuala Lumpur is absolutely famous among nature enthusiasts. Situated in the surrounding of invigorating rainforest, ēRYAbySURIA Hot Spring Bentong offers an accommodation and a restaurant that is managed by ēRYAbySURIA. The location is not far from the city, about 69 km away from the north of Kuala Lumpur via Karak Highway. Dusun Eco Resort Training Village is located in the district of Bentong, Pahang. The theme of the resort is Eco Tourism with emphasis on ecology. The name of lecture halls, chalets and hostels are named of flowers, fresh water fishes, birds and wild jungle trees which are available in the tropical rainforest in Pahang. Since the resort is in Bentong district, the name of several villages in Bentong are named after the villages such as Karak, Janda Baik, Lebu, Lurah Bilut, Telemong and Simpang Pelangai. While towns in Pahang are also named to the chalets such as Kuantan, Maran, Jerantut, Temerloh, Raub and Lipis. Some of the lecture halls are named after the fresh water fishes such as jelawat, patin and haruan and not to forget also the name of 3 mukims which divide the district are named Bentong, Sabai and Pelangai.