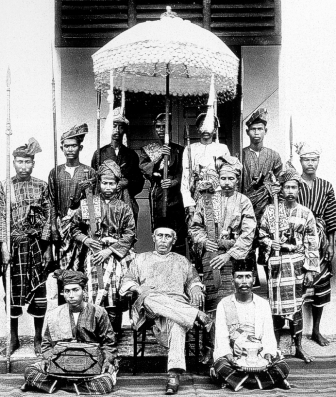 Long before the founding of the peninsula's powerful city of Melaka in 1400, the region was well-known for its abundant supplies of gold and tin along the Tembeling River. During its peak in the 8th and 9th centuries, the state of Pahang covered the entire southern half of the Malay peninsula under the rule of Srivijaya, a maritime empire based on trade. When this empire collapsed in 1000 AD, the Siamese were the first to move in and stake their claim, controlling Pahang until the rise of Melaka around the end of the 1400s.

The region's history of colonisation continued with the arrival of the first Europeans in 1511, when Melaka was captured by the Portuguese. As the struggle for control over this part of Southeast Asia intensified during this era, Pahang suffered from continual invasion and occupation. The Portuguese, Dutch, Acheh and Johor powers all fought battles with each other for nearly 200 years until Portuguese and Achenese influence waned in the early 17th century. This opened the door for the great Johor-Riau empire, based in Johor, to exert its control over Pahang without interference from the outside world.

But like all empires, the Johor-Riau state eventually collapsed, allowing a man named Bendahara Wan Ahmed to proclaim himself the Sultan of Pahang in 1882. Soon after, the British showed up on the scene. At first they simply appointed a British resident to interact with the sultan in 1888. But the British presence quickly evolved into imperialism, which at that time dominated much of South Asia.

The British didn't completely subvert the Malay peninsula during their colonial occupation. This allowed the culture to continue to develop on its own terms, resulting in the wonderful blend of cultures which still coexist today. Pahang state suffered a final indignation in the 1900s, when the Japanese occupied Malaysia during WWII. After the Japanese were defeated in 1945, Pahang joined the Federation of Malaya, which went on to gain full independence in 1957.

Since that momentous day, Pahang has enjoyed a steady and stabile economy. Although mainly fuelled by agriculture and manufacturing, tourism has become an increasingly strong source of income for the state. As Malaysia continues its growth and popularity as a travel destination, the state of Pahang looks set to reap the benefits as more visitors arrive to explore the untapped mountainous interior and beautiful coastline.