About 58 kilometres off Peninsular Malaysia’s east coast, in the South China Sea, lies Tioman Island, a tear-shaped island paradise. Tioman Island, measuring 38 kilometres long and 19 kilometres wide, is the largest in a group of the 64 volcanic islands. The striking profile of the twin peaks of Simukut Mountain provides a remarkable backdrop to this beautiful island, reputed to be one of the ten most beautiful and idyllic islands in the world.

Tioman Island is said to be the final resting place of a fabled dragon princess from China. Legend has it that while she was visiting a prince in Temasek (Singapore), she made a stop at Tioman where she immediately fell in love with the charms and beauty of the island. She decided to dedicate her life to weary travelers by giving them shelter and comfort while resting on the island.

The quality which distinguishes Tioman Island with other destinations is its rich flora and fauna while the island is surrounded by rich coral reefs. Pulau Tioman was once listed as one of the most beautiful islands in the world where numerous spots have been used in movies and such. 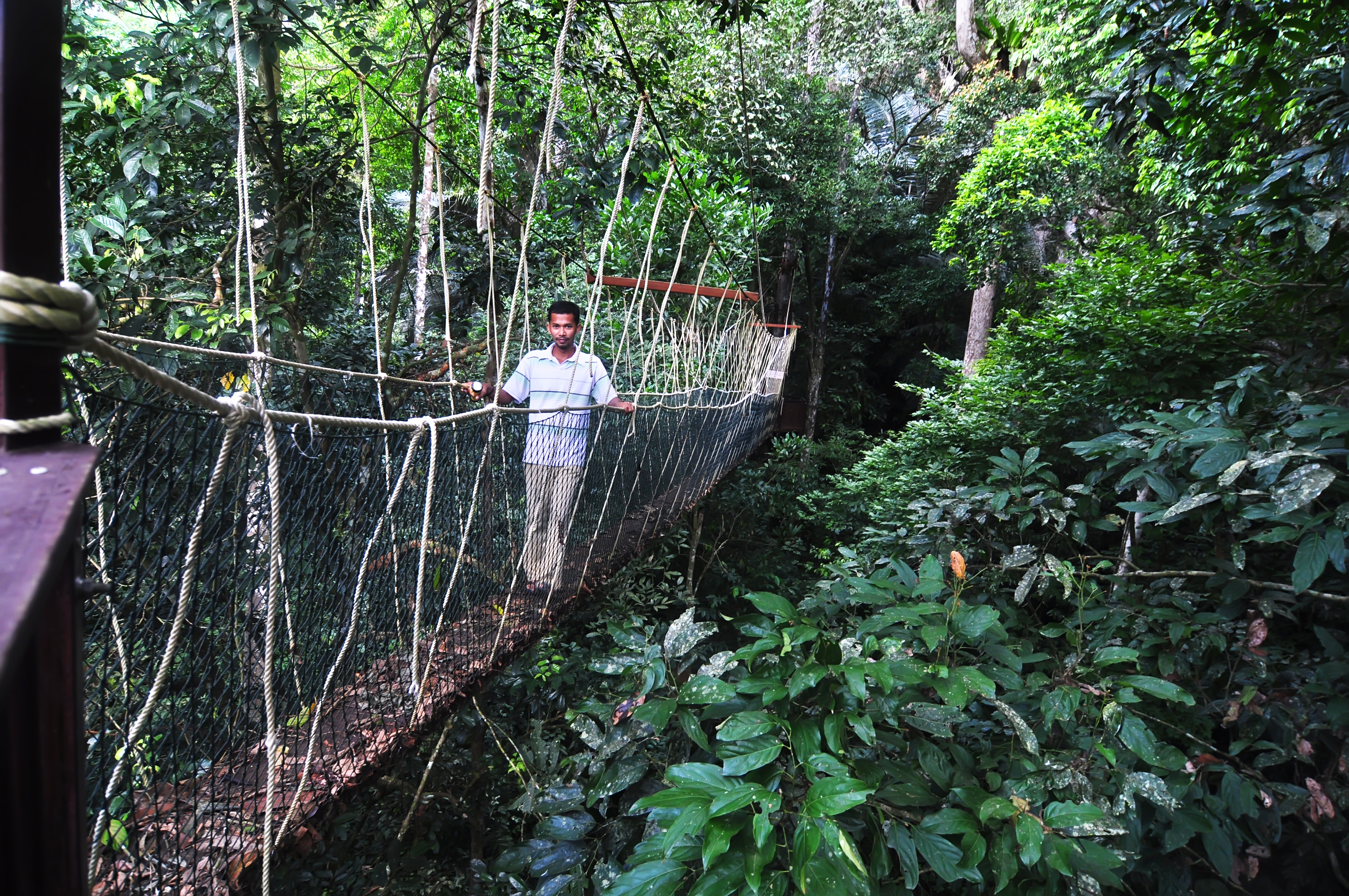 The town of Kuala Lipis evolved at the confluence of the Lipis River and Jelai River. Due to its strategic location, the town grew into a prominent trading and commercial centre in the state. So prominent was the town that the British, who came to Pahang since 1872 made Kuala Lipis the state capital in 1891, and remained so until 1955 when Kuantan, the present state capital took over the honors. Now, though no longer a bustling trading centre, it remains as the administrative centre for the district of Lipis, one of the largest districts in Pahang.

As a town that was formerly the state capital, Kuala Lipis is dotted by many historical buildings and structures of colonial architectures. Among them are the various government office buildings in the town, the Clifford School, the rest house at Residency Hill and the Pahang Club buildings. 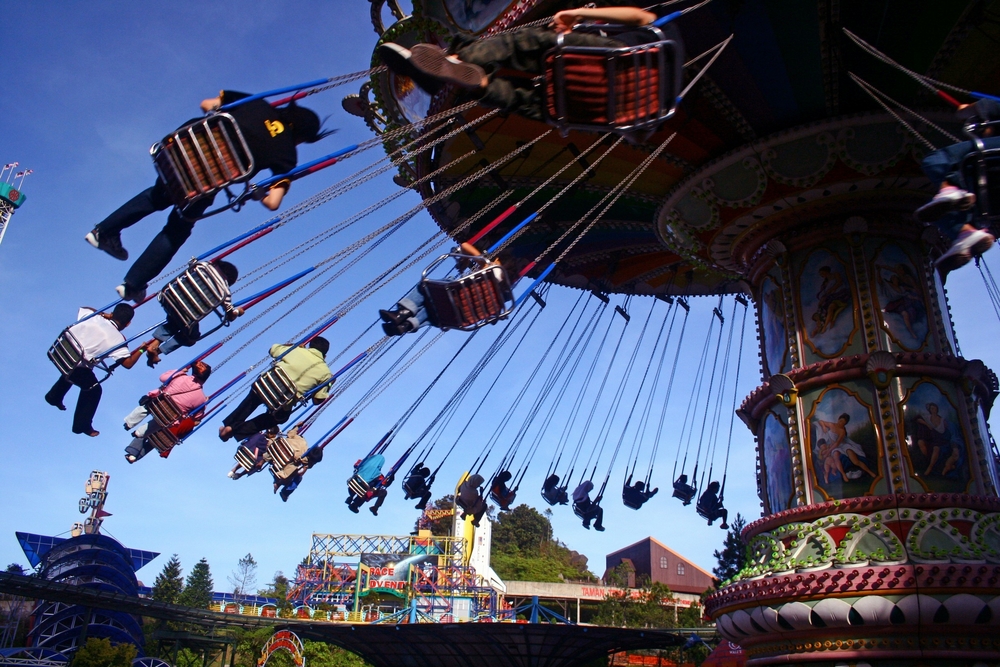 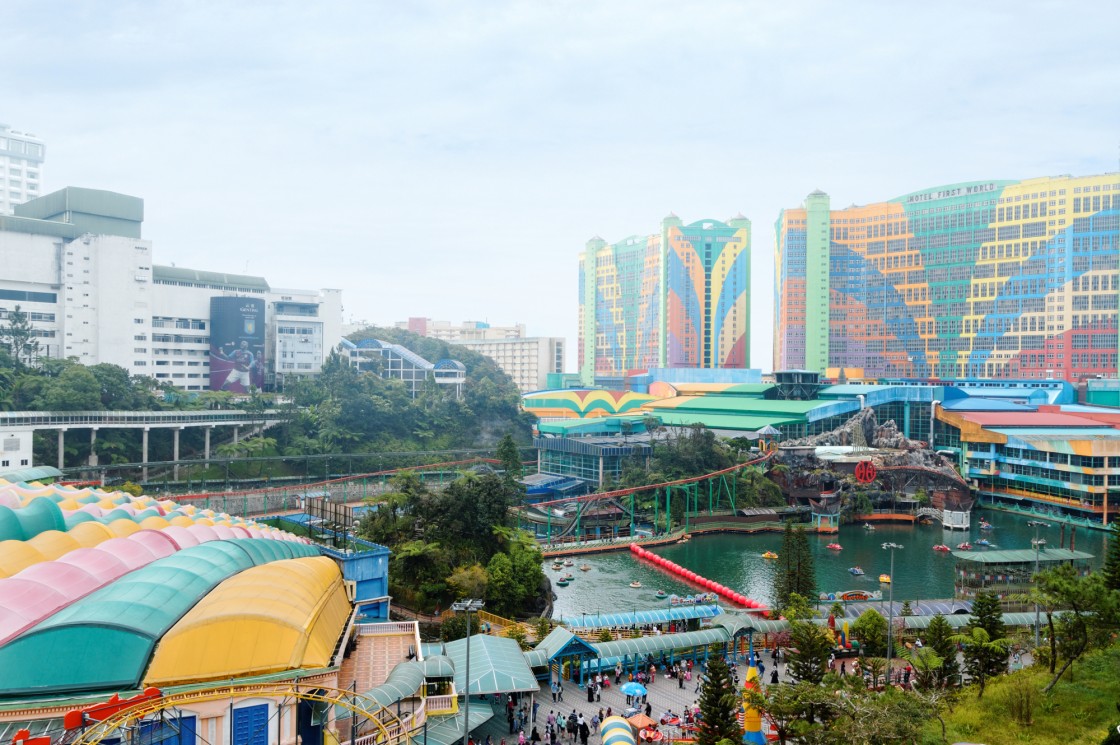 Genting Highlands, just 54 kilometers north of Kuala Lumpur, is a fairly recent hill development. Its concept is very different from the other hill resorts. Perched on 2,000 meters above sea level along the Pahang-Selangor border, Genting Highlands offers an exciting range of activities that are fun, fast-paced and entertaining. Themed as a City of Entertainment, the resort is popular with day trippers and visitors seeking to indulge in a realm of fantasy around the clock.

Genting Highlands was founded in 1965. Over the years, a wide range of entertainment, leisure recreational and sporting facilities as well as hotels, condominiums, apartments and camping facilities were added. The resort comprises attractions at different elevations. At the peak lies the Genting Theme Park and Casino de Genting, while lower down at around 1,000 meters above sea level is the Awana Golf Course, a cable car terminal, a horse ranch and an eco-park. 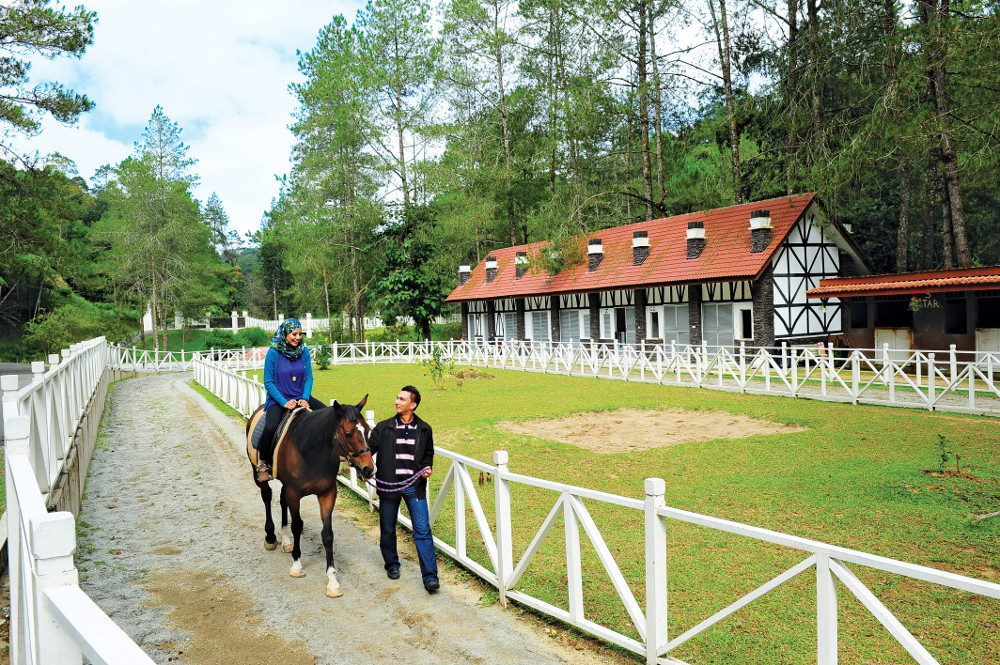 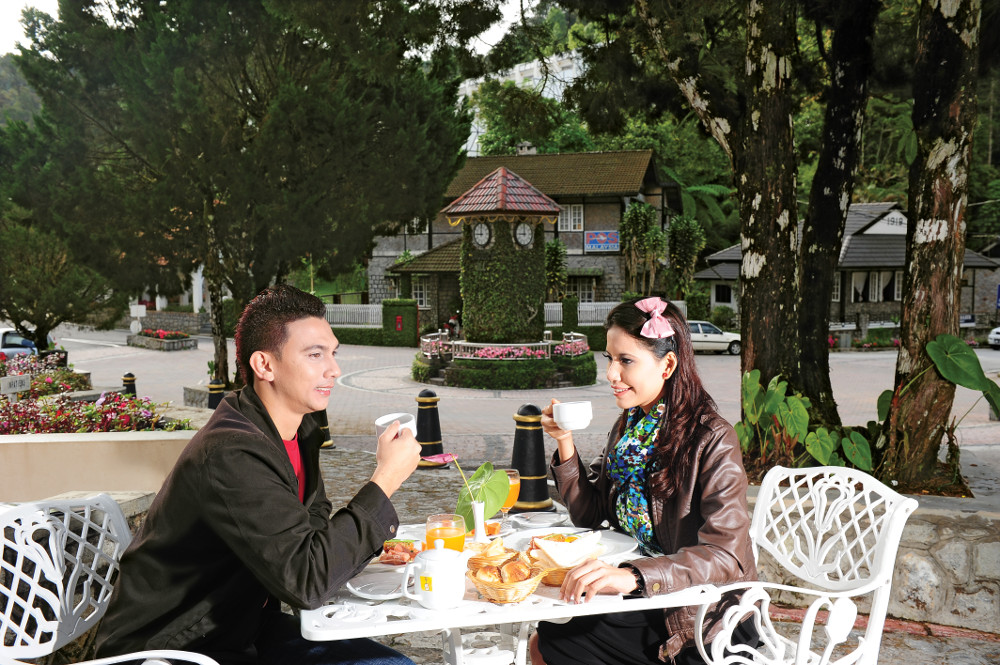 Nestling at 1,524 meters above sea level on the majestic Titiwangsa Range, Fraser’s Hill is about one and a half hours drive from Kuala Lumpur. This charming little hideaway with a population of about 1,000 is not unlike a quiet Scottish village.

Granite mock-Tudor cottages sit amidst the brilliantly-coloured blooms of an English-style garden. Most of these bungalows are private residences, although some have been converted into holiday bungalows for visitors. They enable visitors to enjoy a country-style holiday in a cool, refreshing ambience, where the evenings bring along swirling mists to descend upon the little hamlet while cold winds breeze though the lofty pine trees.

Fraser’s Hill takes its name after a Scottish adventurer, Louis James Fraser who set up a tin ore trading station in the forested mountains on the Pahang-Selangor border. In the later years, Bishop Ferguson-Davie mounted a search for Fraser but could not find him. Instead, the potential of hills as a cool getaway was discovered. 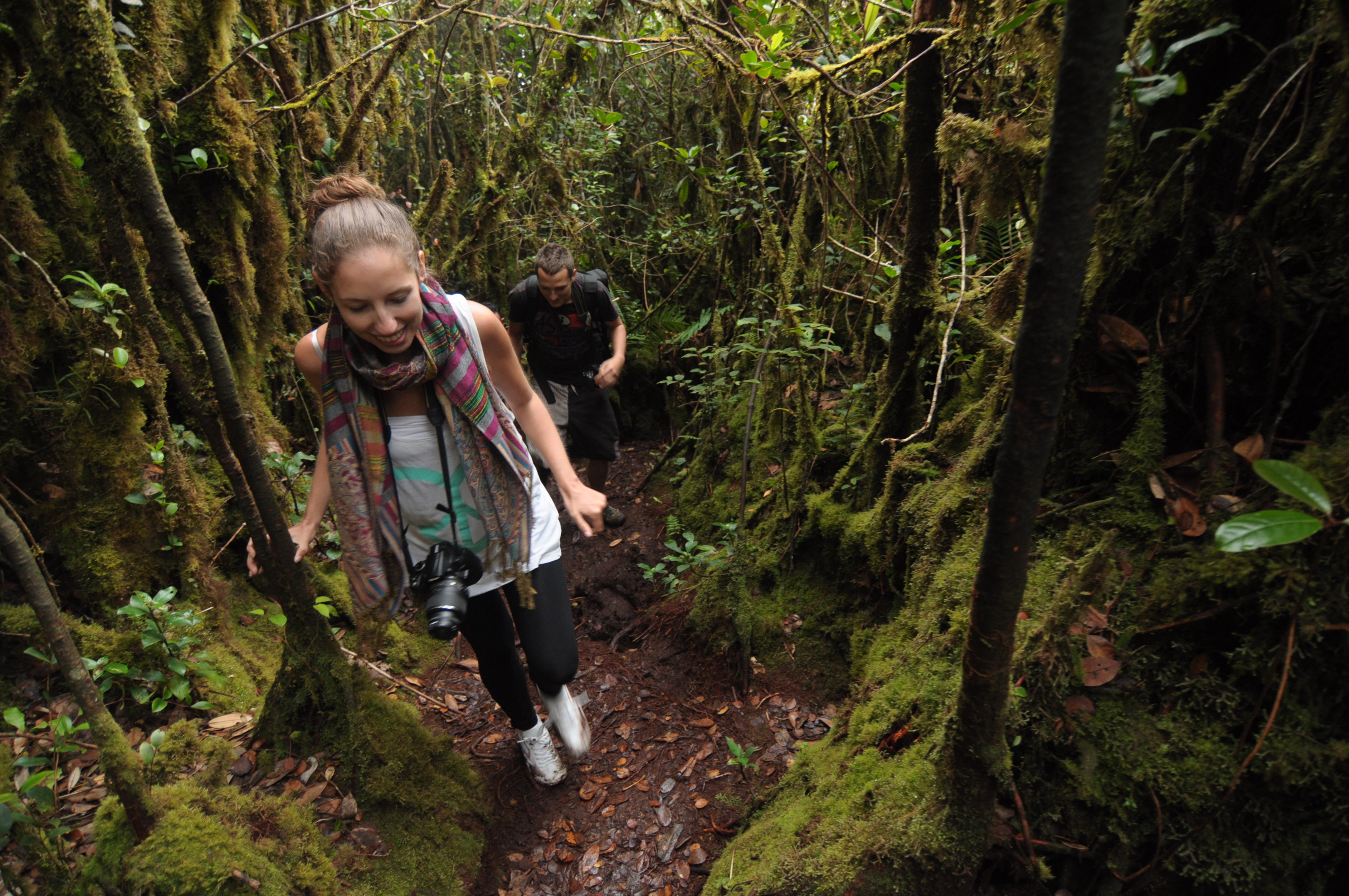 Cameron Highlands is Malaysia’s largest and best-known hill resort. Nestling the borders of Pahang and Perak provinces are the Cameron Highlands. Walks through lovely little villages, visits to the butterfly, strawberry, honey bee farms and sprawling tea plantations or meals at the delightful Tudor-styled country inns, are all pleasurable and relaxing activities to be experienced here. A few days out of the sweltering lowland heat will surely recharge your batteries. 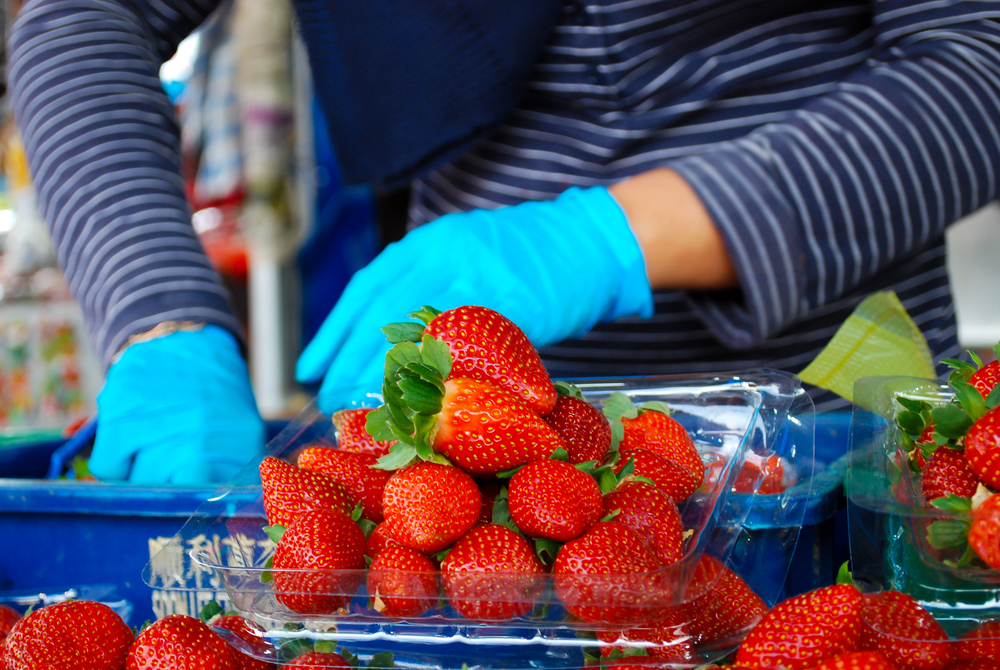 One other popular activity in Cameron Highlands, actually more of a tradition, is to have tea and scones. This very English tradition dates back to the days when English colonial officers used this hilly location as a cool getaway from the heat of the lowlands. Bird-watching and trekking are also popular activities here.